Making the Most of Retrogrades in 2019
​
By Gary O'Toole
Planets in direct motion express themselves in a straight-forward manner. But when a planet is retrograde - as if moving backwards from our perspective - things can get complicated. Retrograde motion leads to indirect ways of expressing the qualities and significations of the planet.
​

Retrograde planets point to a time to rewind and renew ourselves. But we must deal with unfinished business in the process, as retrograde doesn't mean we are not moving - it just means we must move in a different direction.

​As Confucius is quoted as saying: 'It does not matter how slowly you go as long as you do not stop', retrograde planets offer us a way to slow down and move inwards, as we concentrate and reclaim our energy in preparation for moving forward with more self-awareness once the retrograde cycle is complete.

Retrogrades can lead to an 'all or nothing' approach to the planet's significations. It's hard to get the balance right, as we tackle past thoughts and events together with new input. Someone with Mars retrograde in their birth chart, for example, may not know how to balance energy output overall. Someone with Saturn retrograde may be a workaholic sometimes, and other times, exhausted and unable to work. They may have weak boundaries and others consume all their energy, while at other times they may withdraw to recuperate, spending more time alone.

When a planet is retrograde by transit there are too many concerns from our past holding us back from venturing too far into new territory, so we need more time to sift through what has already been, without overburdening ourselves with new things.

​Opportunities are still up for grabs, but they may come from taking up past opportunities which were not fully realized at the time. ​ 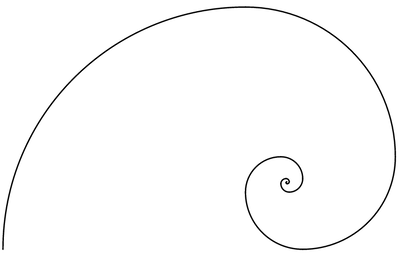 Mercury is retrograde the most as it only takes 88 days to transit around the Sun. When Mercury is retrograde communications are not straightforward. You may have to actively listen, using the time to re-evaluate what you are expression and how you are expressing it.
​
Mercury represents our most practical concerns: money, work, security, interaction, communication, travel, health and daily routines. When it moves retrograde, we have to re-check these. There is a need to go offline for a while so we can take the time to work it out.
​

Jupiter takes around 12 years to travel around the Sun, moving retrograde every year for about 120 days. Our ideas and ideals get themselves into all kinds of twists while Jupiter is retrograde. Jupiter retrograde behaves a bit like Rahu, the north node, which is nearly always retrograde. Rahu is all about innovation and change at every turn. Jupiter is usually the antidote to this chaotic impulse, bringing coherence and order. Usually, that is. In 2019, Jupiter's retrograde station at the section between Scorpio and Sagittarius has shown chaos and disorder.

Jupiter retrograde is a time to reassess laws, policies, beliefs and practices which keep a sense of order. While Jupiter is not behaving in the usual manner, it can lead to a lot of confusion. Our guiding principles are reconsidered, as we struggle to sense the right way forward. Mistakes are very possible in the immediate time frame, even though from a larger perspective there are no mistakes - only bigger lessons.

Saturn takes approximately 29.5 years to travel around the Sun, moving retrograde approximately every year for about 140 days. Saturn is the planet of time and form, and as it moves backwards it shows a need to renegotiate our boundaries; to find out where our limits lie.
​
This may be through finding out what we can, and can no longer, commit to. We may discover we no longer have the time or the energy to continue with something. This is a time to draw a line and be clear with ourselves and others as to where that line is. As Saturn stations direct once again, the line has taken a definite form, developing through a process which last 9 months every year once its shadow phase is considered.

In the end, we may find we have less energy for something or someone, or we may find that we can no longer do that thing we have been doing if we are to remain healthy, well-adjusted individuals.

The 3 Outer Planets & the 3 Impulses

Uranus takes about 84 years to travel around the Sun, spending about 7 years in each sign. Uranus is retrograde every year for about 148 days and is a time to catch up with unexpected change that has happened in our lives.

Uranus as rajas, is an impulse that is selfish, agitated and goal orientated. As Uranus retrogrades in sidereal Aries again in 2019, we can see more of a need for individuality, as a result, with people and nations around the world seeking more freedom. Brexit is just one example of this impulse in Aries, as Uranus transits opposite to where it was when the UK joined the EU, showing a need to break away.

Neptune takes about 165 years to travel around the Sun, spending about 14 years in each sign of the zodiac. Neptune is retrograde every year for about 150 days.

Neptune as sattva shows an impulse to balance and unite but can also be an idealism which can highlight an imbalance between fact and fiction, especially while retrograde. The ideals of sattva are challenged by Saturn's current transit in Sagittarius, as it casts a strong aspect to Neptune in Aquarius.

Neptune's retrograde can show us burying our heads in the sand in terms of humanitarian issues, looking within for answers to questions we haven't fully formed yet.

Pluto takes 248 years to travel around the Sun, spending between 12 and 31 years in each sign of the zodiac. Pluto is retrograde every year for about 5 or 6 months, as we reflect on deep-seated change that we may resist.

Pluto as tamas shows an impulse for death and rebirth; a period of breaking down beliefs that stand in the way of progress as Pluto retrogrades in Sagittarius. Tamas leads to resistance to change, however, creating a conflict within as it moves back through Sagittarius alongside another tamas planet, Saturn.

​Looking at the state of the world today, Pluto's influence in Sagittarius is mining for deeply-held false beliefs, exposing false guides who are meant to be show us the right path forward, symbolically burning down institutions of faith.

While retrograde, Pluto guides us inward, to dig deep into our psyche to find the hidden gems in the rubble.