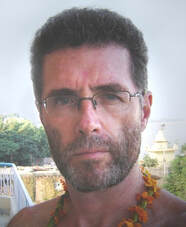 ​Alan Annand is an astrologer with 40 years experience in consulting and teaching. A graduate of the British Faculty of Astrological Studies, he subsequently served as the Faculty’s North American tutor for five years, with students across Canada, USA & Mexico.
​
He co-founded the Astrological Society of Montreal, and for several years was their President, principal teacher and media rep. During this time he also spoke at several national conferences.
He later studied Vedic astrology and palmistry with Hart deFouw in New Mexico and California, and was certified by the American College of Vedic Astrologers.

​He has a practice in Toronto, often visits Montreal, and offers Skype consultations for everywhere else.

Astrological certification
Astrology books published
Astrology articles published
Writer
Before switching to writing about astrology, Alan was a writer for the mining and railway industries, a novelist and scriptwriter, a human resources manager, and an underground surveyor.