By Gary O'Toole
Photo by Aziz Acharki
Feb 7 - Mar 22, 2020
​
Mars' entry into the sign of faith suggests there is more threat of war in the coming weeks. Sagittarius is all about beliefs, a key trigger in warring factions, and is opposite Gemini, the sign of trade and travel. While both areas of life are impacted by the nodes, Mars joining forces with karmic forces shows bigger shake ups and disruptions.

The dual signs Gemini and Sagittarius, as well as the transits to these signs, challenge a level-headed approach to how we are thinking and how this impacts communication and trade. Add a Mercury retrograde period (Feb 17 to Mar 10) for good measure and we’ve got the potential for some interesting times ahead.

Mars conjuncts the previous solar eclipse degree (9 degrees of Sagittarius) by Feb 22, and then meets with the south node by Feb 26. The latter part of February has the potential to set things off through attacks, either disputes, cyber-attacks, bombings, or indeed, all of the above.

While we may not all experience this as intensely as actual fighting, we all experience it on some level and to some degree. For a lot of us this may just be an awareness of events through watching news reports. Still, there is an experience of antagonism on some level. Be mindful of the possibility of getting all fired up about what you believe and how you express it in the coming weeks.
​
Mars is strong in Sagittarius, but as it is combined with the shadow of the eclipse and exaggerated by Jupiter's transit, it can become a little too much to handle. Also, Mars is 'out of bounds', from Feb 9 to Mar 2. Mars is beyond what is seen to be outside  the limits of the Sun, i.e., greater than 23 degrees and 26 minutes of declination, south of the Ecliptic. Planets usually stay within this 'zodiac belt' north and south of the Ecliptic. When planets move out of this range they are seen to act in more extreme, unpredictable ways.

Mars is already quite extreme, often referred to as 'the crocked one' due to its irregular orbits. But when out of bounds, Mars is even more volatile and unpredictable. When this is combined with the conjunctions and eclipse degree, then, well...
​
​It's about to kick off!

For Mars' transit, instead of advising you to reign it in, may I suggest that you pay attention to how far out of bounds you are willing to go - and how useful it is. You will, of course, come back in line as Mars is 'in bounds' once again in March - just as going overboard teaches us not to go too far.

This is not going to be as easy as all that around the world, of course, because as much as individuals can make use of these transits more consciously, and productively, no matter how challenging, groups of people and nations express the more unconscious, and sometimes, brutal aspects of these kinds of volatile transits.

We can at least be aware of the potential for destruction, even if it's just a sharp word on our part. And by doing so, we can modify our behaviour as much or as little as we see fit.


Scorpio >>> Sagittarius
As Mars moves from sidereal Scorpio to Sagittarius, it crosses a critical juncture between two inimical elements and signs: the watery Scorpio and the fiery Sagittarius. This is called gandanta in Indian astrology, which is translated to mean ‘undoing’. A fight is about to come undone, leading to, yes, you guessed it, more fighting. But this time, the fight is a fight to the death for one’s strongly held beliefs.

Once Mars moves into the fiery Sagittarius, it feels more able to express its naturally fiery nature. While in Scorpio, although strong in its own sign, it has been more about dealing with our vulnerabilities, finding strength in private.
​
Once it moves signs, this strength is expressed more outwardly by the masculine-orientated Sagittarius.

How will this play out? Well, that is very individual, of course, but we will probably see more expressive events in the form of explosions occur around the world. This can be anything from bombings and attacks to more explosive debates and arguments.

Sagittarius is a purposeful sign. It represents a subjective truth, which basically means our opinions! Yes, it can be elevated to a higher truth which we experience subjectively, but this is not how we will see this play out in world events. What we're about to see is a lot of opinions expressed very forcefully - even violently.

The first lunar mansion it moves into is Mula on Feb 7, and where the goddess of death Niritti resides. This will likely be expressed in actual deaths on a larger scale, but it can also be expressed in the death of something else, be it a belief, a way of being or something that is standing in the way of progress.

The next lunar mansion is Purvasadha, which Mars enters by Feb 27. This is where Apas, the goddess of the waters resides, and when we can see things go overboard with enthusiasm, on either side of a debate.

One lunar sign is seen as dreadful (Mula) and one is fierce (Purvasadha). These two signs make up most of our experience of Sagittarius, a sign that is all about getting to the truth, our truth, while removing falsity once we have discerned what is true for us. Sometimes, (note: usually) we can go overboard with our newfound faith; the gospel according to ________ (fill in your name here).
​

Rahu in Gemini. Ketu in Sagittarius.
Today, the Moon transits alongside the north node, Rahu, in Gemini, which has somewhat disappeared under the radar while the many transits continue to pull our attention back to Sagittarius. This is how Rahu would prefer it, anyway. It does its best work in the shadows.

Rahu in Gemini promotes an exaggerated thought process which can be distorted or innovative, depending.

But no matter how much we gather from our intellectual meanderings, Ketu, the southern lunar node keeps pulling us back to look at the beliefs that have formed our current thought processes.

We must continue to question where a thought came from, from a spiritual perspective. This is the best of what Ketu in Sagittarius and Rahu in Gemini have to offer; to ask the question: Who am I?

Otherwise, we can all too easily get caught up in the questions!

With Mars now joining Ketu and Jupiter, a combination that can increase hidden things; from viruses to insights into the workings of the universe, we are likely to see strongly-held opinions impact proceedings in some productive, and some destructive, ways.

Mars has now reached 29 degrees of Scorpio as I write this (Feb 6, 2020). This brings uncertainty to our actions at the last degree of the sign. It also shows that all the hidden aspects of Scorpio will now become externalized ideas and ideals based on the internal work we have done in the weeks leading up to this.

Once Mars moves into Sagittarius, it will join the nodal axis, thus placing all the planets with the nodes or on one side of them; tilting arguments to move extremes; showing a more exaggerated environment which can easily be set alight. 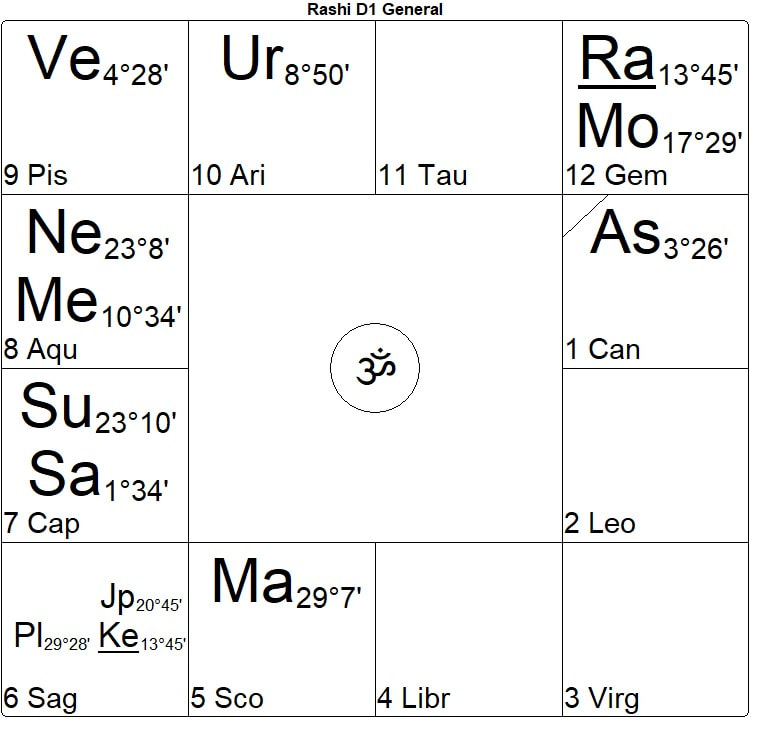 The combination known as Kal Sarpa Yoga, or 'the snake of time' is in effect by the end of March and for the latter half of April and May, as the Moon transits alongside the planets that have gathered on one side of the nodes.

Mars' ingress into Sagittarius is a tilting of the argument that has hazardous implications, while Mars' conjunction with Ketu and Jupiter has the potential for major explosive events, subsequently.
​

Personal Experience
Personally, there is much to make use of during these volatile transits. While we know that these types of transits can be more extreme and violent on a global scale, you can personally challenge yourself to be more productive, while destroying that which stands in the way of progress.

Although we each have our personal relationship with destruction, we can use it to clear blocks, without overdoing it, thus making things worse for ourselves and others.

This is the best expression of a strong Mars, conjunct Ketu and Jupiter: Find the passion to get over a weakness you have been dealing with while Mars has been in Scorpio, and discover new ways of externalizing these fears so that you take the fear out of the equation and blow it wide open.

In doing so, you can see the problem from a different, more expansive perspective, and get a better handle on it. Although the intent of Mars in Scorpio was to deal with the problem; oftentimes, if all we are looking at is the problem, then all we get back is the problem. Sagittarius has the potential for seeing beyond the problem itself. Thus, a more philosophical mindset releases the tensions and possible solutions.

Be aware, however, that this release of tension can be explosive and requires skillful management. When managed appropriately, the conjunction of Mars and Ketu in Sagittarius can get to the root cause of our pain and insecurity, addressing the issues with more courage and determination.

Sagittarius is all about finding a new hope in doing so, especially with Mars coming together with Jupiter, as we clear a path forward once our limiting beliefs have been blown out of the water.