The 3 Humours of Ayurveda

Everyone is born with a unique combination of three humours, known as a person's constitution. The constitution we are born with does not change throughout life, but we may become out of balance with our true nature. This can lead to imbalances, when things do change, such as our minds, emotions and lifestyles.

​The word dosha means ‘that which changes’ or ‘that which darkens’, a reference to the way an imbalance among the elements can cause disease. These three doshas, or biological humours, show how we experience the elements and how they produce natural tendencies and inclinations.


​Ayurveda, Jyotish & Yoga
Ayurveda is one of the oldest systems of health and healing on the planet. It is mostly a commonsense approach to health, and a sister science to Yoga and Vedic astrology. Dr. David Frawley writes in Yoga for your Type, an easy-to-follow guide to practicing yoga for your specific biological humour, that those 'looking into the therapeutic aspect of Yoga are inherently drawn to Ayurveda because of the historical affinity between the two systems'.

Ayurveda does not solely view the body and mind in its observations, but takes the soul and its journey through many lifetimes into account – where one has to live out the effects of previous actions. In order to see these results, knowledge of Vedic astrology is required and is why in ancient times, and up to this day, many Ayurvedic doctors were also Jyotishi (Vedic astrologers).


The Three Biological Humours
Central to the healing system of Ayurveda are the three biological humours – the air, fire and water humours, which represent the elements as they exist in our physiological makeup. Knowing your nature is of great benefit in approaching a yogic practice, as well as how you may need to modify it to find more balance.
​ 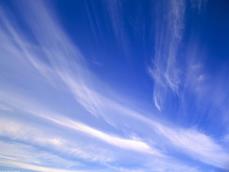 Vāta – The Air Humour
Air exists in the body as wind which moves within space. Its primary site is found in the colon, but it exists in all of the spaces in the body. Space is the element that contains all of the elements. Air is the driving force behind all of the humours, as everything runs on the momentum of the air humour. Therefore, air is responsible for all movement related functions, such as respiration, circulation and thought.

The Sanskrit word Vāta, simply translated here as 'air', can also be translated as ‘that which moves things’. On an emotional level, it is responsible for negative emotions, such as fear and anxiety. Its positive expressions are of creativity and originality. The north node of the Moon, known in Sanskrit as Rāhu, represents innovation and finds an expression through the biological humour of air. Saturn is the primary representation of air, producing detachment and fear in 'air types', along with Rāhu. The waning and new Moon have more of an ‘airy’ nature and Venus has a dual nature of both air and water. 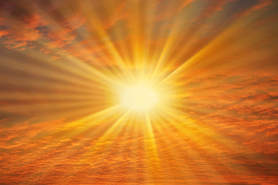 Pitta – The Fire Humour
Bile is created from fire, which has its container within the element of water. Pitta represents all transformations in the body. Its primary site is found in the small intestine, but the transformation of fire exists anywhere there is metabolism. All seven tissues of the body have a digestive fire. 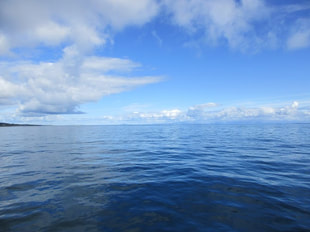 Kapha – The Water Humour
This phlegmatic humour represents the water element, which has its container within the earth element. The Sanskrit name Kapha, simply translated here as 'water', also translates as ‘that which binds’. It binds the body’s structure and lubricates it. The 'water-type' body is the largest body type as the human body is made up of more of the water element.

Its primary site is found in the stomach and can be felt after eating as a sense of fullness and contentment. It governs positive emotions, such as love and devotion and, when in excess, creates obesity. It also governs negative emotions, such as greed and attachment. Jupiter and Venus are seen as 'watery' in nature, with Venus having an 'airy' nature also. The waxing and full Moon are seen as more of this humour and are expressed in a water type’s compassionate nature. Jupiter shows an increase in body mass. Jupiter and Venus together are seen in the affectionate and optimistic temperament expressed in a water type, as well as a strong constitution and immunity.


The Twenty Attributes
There are 20 attributes used in Ayurveda – 10 pairs of opposites:

​​Read more about each type >>
Back