the astrology of #metoo

By Gary O’Toole
Image credit: Taylor Jewell
In October 2017 Saturn moved into the sign Mula, the lunar sign at the very beginning of sidereal Sagittarius; a domain the goddess of death and destruction Niritti is said to rule. Mula is symbolized by a bunch of roots, getting us to the root of the problem, uprooting unhealthy beliefs and attitudes that keep us feeling fearful and isolated.

Saturn’s transit through the sign Mula, from October 2017 to March 2018, has had a profound effect on the story of the ‘Me Too’ movement. This continues in 2018 due to Saturn’s return to the sign from June to November.
​
Saturn moves into the next sign, Purva Ashadha, translated as the ‘early victory’, from March until June 2018 and again from November 2018 until April 2019. Purva Asadha is the domain of the water goddess, Apas, representing a need to clear a path moving forward. The analogy of planting seeds and nurturing them is appropriate here, but it shows that we must be mindful of what we are planting; of thoughts we entertain and actions we now must take to make positive and lasting change.

Rose McGowan has played a pivotal role in the Me Too campaign and in creating a ‘sea change’ in society. A cursory glance at her horoscope clearly shows why. She was born in a period of the south node, Ketu, the ‘shadow planet’, which correlates with the goddess of destruction and the sign Mula, where her own Moon is placed alongside Rahu, the north node. Ketu is placed in Rahu’s domain in her birth chart; the sign Ardra whose deity is Rudra, a fierce and destructive form of Shiva. These signs (Ardra and Mula) and the nodes’ placement therein, show a karmic link to this destructive role.

She was born into a sex cult in Italy, where she was deprived of basic home comforts such as a bed. (McGowan, 2018, p. 18). Ketu is debilitated in Gemini in her chart, representing unusual early experiences, and placed in her 2nd house, which is a challenging placement for Ketu and her early years. Ketu plants us on a spiritual path, but can uproot us from material comforts in the process.

Her role in #MeToo is paramount, with her Mula Moon and Saturn’s transit here from October 2017 to April 2019. She must now channel this destructive streak in healthy ways, so that she is not taken over by the darker forces this sign can suggest. 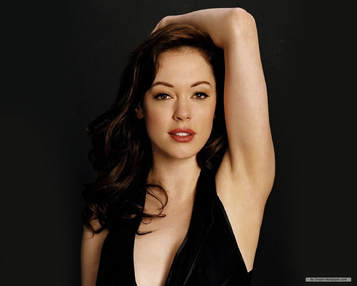 ​She has Venus placed in debilitation in Virgo in her birth chart. Venus represents femininity and sexuality, and this challenges a healthy expression of femininity, sometimes showing up in extremes in order to experience a higher connection to love. Venus’ higher expression is an unconditional love, as reflected in its exaltation in Pisces. When in Virgo, there is criticism and disconnection. She cut her hair short from a young age, something she has begun doing again. While an actress in Hollywood, Rose played the role of the ‘sexbot’, grew her hair long, and was the object of sexual fascination for the silver screen. But this was a role to help her find love for herself and appreciation from others. Venus is placed at the highest degree in her chart, and is therefore a very important planet for her soul’s purpose despite its weakness. Her purpose is to elevate Venus; to free her from 'sexualized' experiences; to reach a place of unconditional self-love.

Placed in her 5th house of creativity, Venus shows a need to express these themes through the arts. But its weakness, as her ruling planet and 6th house lord, shows that she has never been comfortable within this role. Mercury’s role in cancelling Venus’ debilitation is complicated by its combustion in Leo. This shows the Sun’s dominant role in her life. The reflection of the 6th house (A6) is placed in Leo with a powerful Sun, representing powerful enemies in the entertainment industry.

The Moon is placed in a very challenging position; in the 8th house in Sagittarius, alongside Rahu and opposite Saturn. Its placement at 3 degrees is just outside the sensitive juncture between Scorpio and Sagittarius, but this puts the Moon in Taurus in the 9th divisional chart, in the 6th sign from her natal position. This shows an inherent emotional conflict, and creates a lot of emotional stressors and a fearful individual.

So how has she risen above this fear and found her voice to fight back? 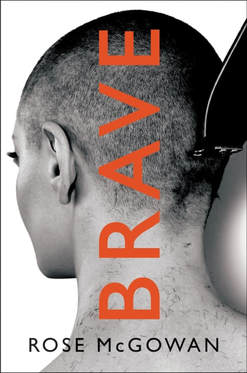 Mars, her 7th house ruler, is placed in its own sign Aries in the 12th house of hidden enemies. Secret relations and abuse form part of her Mars story, while Venus’ weakness has been taken advantage of by those in positions of power. The strength of her natal Mars cannot be denied, however, as she experiences a Mars cycle from November 2014. The Mars cycle lasts until 2021, and influences her 3rd, 7th and 8th houses, making sure she expresses her anger around issues of sexual abuse.

Jupiter, the planet which rules where her Moon and Rahu are placed, has a powerful say in how her life moves forward from here. Jupiter is debilitated in Capricorn but strong in retrograde motion, bringing with it a sense of exaltation also. Jupiter’s position at 9 degrees, known as puskhar, within the 28th lunar sign Abhijit, is a powerful indicator of someone who has something important to share; something which brings people together. This influence becomes stronger in the future, as she enters a period of Rahu in 2021 and then Jupiter in later years.

Looking ahead to the next phase of Rahu from 2021 she must transform her vulnerabilities, as Rahu stokes the fire of idealism in her, while Saturn challenges her to confront early childhood issues of neglect - to speak her truth.

Jupiter’s position in Pisces in the 9th divisional chart shows that she has an important part to play in gathering others to tell their stories too. She has begun directing movies, as Jupiter reflects an innate talent for pulling different elements together, especially when its strength in the 9th house in both her natal and 9th divisional charts are considered. Rahu’s prominent position in the Cancer division shows a talent in manipulating emotions, and film-making may be one way for her to tell her story and the stories of countless other victims of sexual abuse and mistreatment.