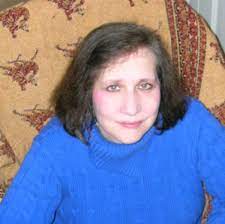 ​Ronnie Gale Dreyer is an internationally known astrological consultant, lecturer, and teacher specializing in both Western and Indian astrology (also known as Jyotisa and Hindu astrology), based in New York City. A practitioner of both of these systems, as well as a longtime student of numerous metaphysical systems, she is a pioneer in bringing Vedic astrology to the attention of, and making it accessible to, Western audiences. Ronnie has clients and students throughout the world, ranging from the ordinary to the extraordinary, with teachers, politicians, salesmen, doctors, bookkeepers, sports figures, professors, and movie stars among their professions.

Ronnie is the co-author, with Dr. Nicholas Campion, of the chapter on Indian Astrology, which appeared in the anthology Religious Transformation in Modern Asia. She is the author of Healing Signs: The Astrological Guide to Wholeness and Well-Being Random House,Vedic Astrology: A Guide to the Fundamentals of Jyotish (Redwheel/Weiser),Your Sun and Moon Guide to Love and Life (Andrews McMeel), Venus: The Evolution of the Goddess and Her Planet (Harper San Francisco), and Indian Astrology (Aquarian Press). Her books have been translated into Spanish, Dutch, Portuguese, Czech, Hungarian, Bulgarian, and have appeared in Indian versions. She has served as editor or contributor to numerous anthologies including Under One Sky (Amazon), Astrology for Women: Roles and Relationships (Llewellyn Publications), The Body: An Encyclopedia of Archetypal Symbolism (Jung Foundation), Llewellyn's Sun and Moon Sign Books (Llewellyn Publications), Hindu Astrology Lessons (Groundswell Press), What's Your Diet Sign (McGraw- Hill), and several others. Ronnie has written gift books, columns, articles and book reviews for Mountain Astrologer, Nylon, American Astrology, Horoscope Guide, NCGR memberletter, Geocosmic Journal, Astrological Association of Great Britain Journal, The Ingress, ISAR International Astrologer, www.stariq.com, www.astroved.com and numerous other astrological journals and newsletters. She has written for the New York Daily News horoscope column, and has been mentioned or quoted in articles in New York Newsday, New York Post, Philadelphia Inquirer, India Times, and www.belief.net.

Ronnie lectures extensively for astrology groups, conducts ongoing courses and workshops in Jyotisa (Indian Astrology), webinars on all subjects, and is currently Guest Lecturer on Indian Cosmology for the M.A. Distance Learning Program in Cultural Astronomy at University of Wales Trinity Saint David. She has been on the faculty of conferences throughout the United States, Canada, England, Scotland, Ireland, Germany, the Netherlands, and Australia, and has taught or lectured at East West Books, Barnes and Noble, New York Theosophical Society, New York Open Center, Learning Annex, and ACVA (American College of Vedic Astrology). .

Ronnie holds a Bachelor of Arts (B.A.) in English/Theater Arts from the University of New Mexico, and a Master of Arts (M.A.)in South Asian Languages and Cultures from Columbia University where she studied Sanskrit and Hindi. She studied Jyotisa (Vedic Astrology) and Palmistry, both privately and at Sampurnanand Sanskrit University in Benares, India with Professor Muralil Sharma.

Ronnie co-founded the first astrological computer service in the Netherlands where she lived for 13 years and was the official Dutch representative for Astro*Carto*Graphy. Ronnie has also served as manuscript reader, editorial consultant, and proofreader of new age and self-help books for several major publishing companies.

Ronnie was editor of NCGR's member letter (1999-2017), corresponding secretary of the Association for Astrological Networking (AFAN) from 1992-1998, and its presiding officer from 1999-2003. She also served on the AFAN Newsletter committee. Ronnie is on the Board of Directors of ACT (Astrological Conference on Techniques). She has received the Jyotish Kovid award and the title of Jyotish Vachaspati from the Indian Council of Astrological Sciences. AFAN presented her with its Jim Lewis Community Service Award at UAC in 1998. Ronnie is the proud recipient of the 2002 Marion D. March Regulus Award for Community Service, which she received at UAC 2002 in Orlando Florida. She holds the NCGR Level IV certificate (C.A. PAA-NCGR).