By Gary O'Toole
​Venus spends longer in its own sign, Libra, in 2018 due to its retrograde period from October 5 to November 16, transiting sidereal Libra from September 1, 2018 until January 1, 2019.

Venus takes 225 days to travel around the Sun and is retrograde every 18 months or so, for about 6 weeks (approx. 40 days). During its retrograde period we are offered time to reflect and reevaluate the things and people we hold dear.

What each of us values differs, of course, and can be observed in an individual's unique experience of the planet Venus, as well as the signs, Taurus and Libra. 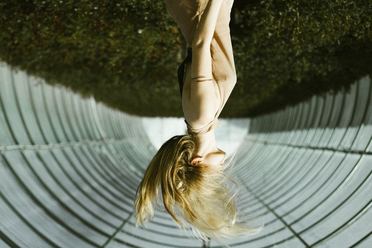 In a general sense, Venus represents money, comforts, love, relationships, art, beauty, pleasures, enjoyment, entertainment, and femininity, while Libra represents relationships, as the 7th house of the natural zodiac: the balancing point between our sense of self (Aries) and our willingness to compromise (Libra).

Overall, Venus is happy in its own sign, showing a time for love and creativity, bringing a nicer feel to the end of 2018.

Venus' current guise (July 2018) as the 'evening star' has a receptive quality which adds to a certain congeniality.

Venus is visible as the evening star until September, after which it disappears due to its proximity to the Sun. Venus is in combustion (too close to the Sun to be visible) from October 23 until October 30.

It reappears as the ‘morning star’, visible in the early hours before sunrise in November.
​

Mercury joins Venus in Libra as it stations retrograde on October 6, coming to exact conjunction on 15 October. Mercury and Venus are friendly to one another and show a lot of energy spent on pleasure-seeking and relationships. Venus will oppose Uranus in Aries on three occasions due to its retrograde transit; first on September 12, then on October 31, and finally on December 1. This shows some unexpected events in terms of Venus' significations, particularly felt as shocks and jolts in the economy and our relationships.

Although Venus does not join Jupiter by exact degree until 2019 in Scorpio, they transit together in Libra from September 1 until Jupiter leaves Libra on October 11. This can show excessive tastes and indulgences. When the Uranus opposition is taken into account, this can produce events that change our approach to the finer things in life.

Venus is the most refined, representing the reproductive fluid as the end by-product of digestion and assimilation. When used for activities other than indulgences, it can bring one back to life, as Venus is known as the deity, Shukracharya, showing immense wisdom and power to transform the sexual impulse to resurrect ourselves by abstaining from the 'little death' of the ejaculatory orgasm.

​Keep this in mind while Venus is retrograde opposite Uranus, tempting even the most disciplined individual!
The Look of Love

As Venus begins its retrograde phase on October 6, 2018 it asks us to travel deep within to reassess our relationship to luxuries and desires. The retrograde transit begins in the lunar mansion, Swati, a sign that is associate with the ‘deity of life’, breath and movement, Vayu. This creates a changeable, fickle and restless quality, particularly between September 10 and October 30, and again in December (Dec. 3 -21). Venus is excitable and seeking change when transiting Swati.

It then moves back to the lunar mansion, Chitra, which is associated with the celestial architect, Tvashtar, symbolized by a jewel, representing the soul trapped in the illusion of superficial beauty and fine living.

When Venus is placed in Virgo and the Chitra section of the sign, there is a need to bedazzle to feel a connection to love that is lost, whereas once it enters the Libra section of Chitra, we are willing to share the jewels!

Beauty is only skin deep, and this sign’s lesson is to learn to love those that are not so appealing to the eye. Can you love those that are, not only crass and vulgar, but hateful and full of malice?
​
As the retrograde period begins in Swati on October 6, become aware of the need to shake things up, and when Venus’ retrograde phase ends in Chitra on November 16, express your art and love from every level of your being.

Temptations are always possible when Venus is retrograde. If you recall the Biblical story of Jesus spending 40 days and nights in the desert (the length of Venus' retrograde period), it points to temptations we must learn to resist. But ‘what we resist, persists’!

You may be revisited by an old love affair, or simply dwell on such, bringing them back into your life through your imagination. There is nothing wrong with this, of course. However, we don't always pay attention to the here and now and the person we are in a relationship with during a Venus retrograde period.

It may be wise to take counsel before making any decisions about relationships or expensive purchases at this time, but also be aware that when Venus is retrograde wise council may be hard to find!
​
We scrutinize our relationships more intensely during this period. This is especially the case for the signs Aries and Scorpio. We each scrutinize the areas of the zodiac we experience the signs Taurus and Libra. So, for example, Virgo reassess their values and philosophies while Venus is retrograde, more intensely scrutinizing values, which includes finances.
​
Relationships

As Venus changes from evening star to morning star our relationships go through a sort of metamorphosis. We look back to previous relationships to see if old patterns can be re-worked, and if anything needs resolution it can be brought out into the open with a current, or potential partner.

It is not, however, advisable to marry or make any important decision about relationships during a Venus retrograde period.

​When things are in flux you may not be completely focused on the present relationship as you dwell upon past loves and probable hurts.
This may or may not play out in your external environment, but the point is you are not fully engaged (pardon the pun) with the task at hand, and the person with whom you intend to spend the rest of your life with. Another reason marriage is not advised, is that the marriage will forever have a retrograde Venus in its beginnings, and expressing love to your partner may hit setbacks as the years pass. We must constantly give and express love to a beloved for it to flourish as if watering a delicate flower.
​
It is better to use this time to dwell on what you want from a partner and to perform a marriage ceremony after Venus has resumed direct motion - or to at least plan a private ceremony for you both once Venus has resumed its direct motion. You will both be clearer about what you want from the relationship at that time. 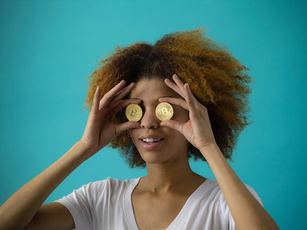 It is not advisable to buy any expensive goods or make any important transactions during Venus retrograde. Markets are likely to go through some fluctuations. You may be lucky enough to know the real value of something, and pay the appropriate price at a steal, but you may also be unaware of its true value (as the seller may not know or keep it from you) and you end up spending more on something than it is worth.

If you enter negotiations with someone you may know that its value is a lot more than the seller is asking for. But then, there is an ethical question to ask here. This has consequences later for everyone concerned.


​What do you Value?

One thing which is guaranteed when we experience any financial ups and downs, or go through reversals in relationships, is that we begin to question what is of real value.
​
Do we place value on pieces of paper which allow us to trade, or on the very tangible things in our lives which give us a sense of comfort and stability?

​New initiatives are springing up at the grass roots level all the time. Communities are taking matters into their own hands and initiating new forms of business and trade. By trading pieces of paper for security we end of up placing more value on them, as opposed to the things we acquire. When finances dwindle what are you left holding?

Perhaps it is time to remove the illusions you have around your own financial situation and think outside the box.

​It’s not just that your stocks and shares are being revalued, it is also likely that you will feel less valued during this period. However, do not forget that your partner, whether romantic or not, is also going through a reassessment and needs more time to think about their own values. You may feel unappreciated as the changes are underway.

Remind yourself of the value of self-reflection, balanced with a need for validation.

​Return of the Light
​
Venus reappears in our early morning skies in November. However, this is a tricky part of the retrograde phase. The planet of beauty and relationships makes a reappearance, but is still moving backwards from our perspective until November 16, making the necessary readjustments seem even more obvious. Caution is advised until it resumes its direct motion after November 16.

At this stage, the drama has unfolded as it must and you should be more clear about who and what is important to you.